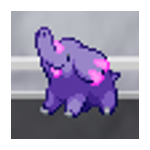 My nickname is Pella. Pella is a Dravidian word that means, "elephant".[1] Dravidian is an ancient language still spoken in southern India, and elephants are my favourite animals. Now you know.

I am one of the heaviest editors at TrainStation Wiki, a Wikia built around a fun train game. Lately, we've had requests to add multilingual capabilities to the site. After two weeks of research, I finally discovered WLB. I became a Brigadier, and I hope to take much of what I learn here back to TS Wiki.

Retrieved from "https://wlb.fandom.com/wiki/User:TheRealPella?oldid=50730"
Community content is available under CC-BY-SA unless otherwise noted.