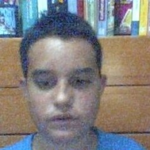 İ’m from Barcelona, Catalonia, so İ’m Catalan and İ hope for an independent Catalonia. My mother tongue is Catalan. İ also speak Spanish and Portuguese too, because İ’ve been in Portugal for a while. İ have the C1 level of Portuguese. İ love languages, İ learn them during my free time. About Romanian İ got the B1 at the University of Alicante. İ studied Russian at the Official School of Languages Barcelona-Drassanes, and İ also obtained the B1 (of Russian). Now İ’m learning Serbian, my favourite foreign language: at first İ studied it alone, then İ started private lessons to learn more. İ currently have an middle level of Serbian and İ’m trying to get the B1 by passing an exam at the University of Belgrade. About İtalian and Occitan, İ have nothing official or have gone to any course, İ’ve learned them because they’re easy. About Galician: in the same way as İtalian and Occitan, and İ also dated a Galician girl. İ studied English and French at school doing ESO, but İ haven’t continued and they’re the ones İ have the worst: written English İ know a lot (Babel-3), but the oral İ don’t understand anything. The same with French, but with Babel-1. İ’ve also started studying Bulgarian and Macedonian, but for now İ have a fairly basic level of these two languages.

İ especially like these three series: Star Trek, Code Lyoko and Winx Club, and İ have wikis of these series in several languages.

My wikis in English Edit

İf you want me to do a translation or correction in

, leave me a message with your request and İ’ll do it, you just have to write a message on my Message Wall.

Retrieved from "https://wlb.fandom.com/wiki/User:Josep_Maria_Roca_Pe%C3%B1a?oldid=78988"
Community content is available under CC-BY-SA unless otherwise noted.